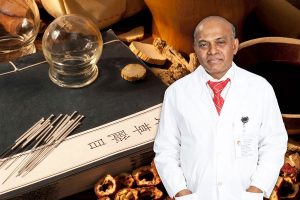 Acupuncture is a major traditional Chinese form of medicine going back 5,000 years. It allows us to achieve results which are beyond the scope of modern medicine.

The theories and teachings of traditional Chinese medicine explain that there are a lot of biologically active points (so called acupoints) which lie along invisible meridians as well as on the surface of our skin. There are also several new acupoints not lying on a meridian. There are said to be 12 major meridians in the human body. Over time, the number of meridians has grown to 20.
The meridians themselves are thought to be channels for the flow of vital energy or life force called qi (also spelled ch’i or ki, and pronounced “chee” or “kee”) that is present in all living things. Meridians also represent an internal system of communication between specific organs or networks of organs.
As «mythical» life energy qi circulates through these points. These acupoints have a great biological and functional significance for the organism. Concentrated at these points we find the greatest number of specific and nonspecific receptors that transmit signals to different levels of the Central Nervous System (CNS). In addition, these points are those most closely connected to the corresponding internal organs. These functional characteristics form the basis of their therapeutic use i.e. active points->meridians (channels) ->the circulation of vital energy “chee”->the maintainance of our energy balance.

According to traditional Chinese medicine theory, illness may occur when the energy flow along one or more meridians is blocked or out of balance. The purpose of acupuncture is to restore health and balance to the energy flow.

In recent years, science and technology have taken a big step forward in the treatment of eye diseases. Today, the use of traditional Chinese medicine (TCM) (also called Oriental Medicine) and acupuncture in combination with new therapies such as bioresonance therapy (BRT) at fixed frequencies, BRT along the meridians (organs and systems), is achieving promising results. 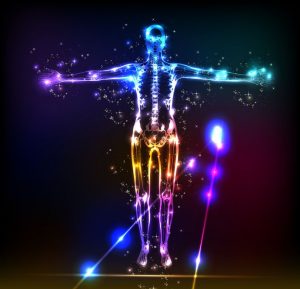 There is an endogenous and an exogenous BRT. With endogenous BRT, electrical oscillations are picked up by means of electrodes placed on the skin which are connected by a cable to the BRT apparatus. The mechanism of therapeutic action as formulated by Dr. (med) F. Morell is based on the assumption that there are two types of electrical oscillation in living organisms: “physiological” or harmonious, and “pathological” or disharmonious oscillations.

Since these vibrations are electrical in nature it is possible to pick them up and transfer them to the BRT apparatus via an electrode cable. After altering the signal in a suitable manner they are then returned to the organism. Electrical signals from the body are received by the BRT apparatus and are processed, for example, by inverting the pathological signal component and then returning the output back to the patient. The process is continually repeated and occurs throughout the entire period of treatment.

With exogenous BRT, therapy is accomplished via electrical frequencies or by the application of external electromagnetic fields using fixed frequencies or frequencies that have been empirically selected and clinically tested. This form of BRT uses electrical signals generated by the BRT apparatus which are not the result of processing the patient’s own signals. The therapeutic electrical signals are applied to the body via electrically conductive electrodes, or (in the case of magnetic signals) via magnetic therapeutic devices such as magnetic inductors. The exogenous BRT signals (magnetic or electrical) are directed directly to specific organs or tissue systems in order to obtain the necessary therapeutic effect. 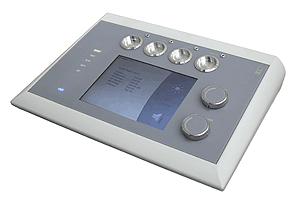 The choice of frequencies for this therapy is carried out individually for each patient using a vegetative resonant test (VRT). This testing technique is based on an analysis of the interaction of the vegetative nervous system of the patient. VRT is conducted by measuring the rate of resistance of the skin at a certain point. If the impact of specific therapeutic factors, such as frequency, are seen to be beneficial for the organism resulting in changes in the indicators that measure the direction of normalization, we can draw conclusions about the possible positive effects of such exposure. This allows an individualised approach to therapy for different patients.

VRT is conducted using specialized hardware-software programs. BRT is applied by the device »MINI-EXPERT-DT» («Diagnosis and Therapy»). BRT along the meridians (organs and systems) is carried out with the apparatus »IMEDIS-BRT» created by «IMEDIS» Yu.V. Gotovskiy school.

The methods used in bioresonance therapy effect the organism as a whole. As a result, the impact on the regulatory function of the central nervous system is stimulated with respect to the endocrine, immune and peripheral nervous system.

Currently, acupuncture is widely used in medicine for prevention and treatment as well as during rehabilitation and recovery. Acupuncture has also become quite popular in the United States and Europe, where the technique is extensively used to treat both common and uncommon disorders alongside modern medicine.

In general we can say that acupuncture and BRT are painless. They do not cause adverse side effects or complications regardless of the method of treatment or the age of the patients. Acupuncture is generally considered safe when done by a trained professional.

Both acupuncture and bioresonance therapy can be performed either independently or in combination with medication.

The following is a list of disorders in ophthalmology where acupuncture, BRT and MRT are used by me in my clinic with excellent results.

• All patients regardless of their age are well undergoing procedure of the acupuncture, BRT and MRT
• In all cases, after completion of the course of treatment a positive dynamic has been noted by patients
• Patients feel much better overall
• Stability to external irritants increases
• Normalizes Sleep/ Sleep has improved
• Somatic symptoms disappear or are significantly reduced
• Reduces eye fatigue
• Visual acuity and visual fields are improved

After re-examination 6-8 months later visual functions remained stable.
Acupuncture, BRT can be performed either alone or in combination with medication.